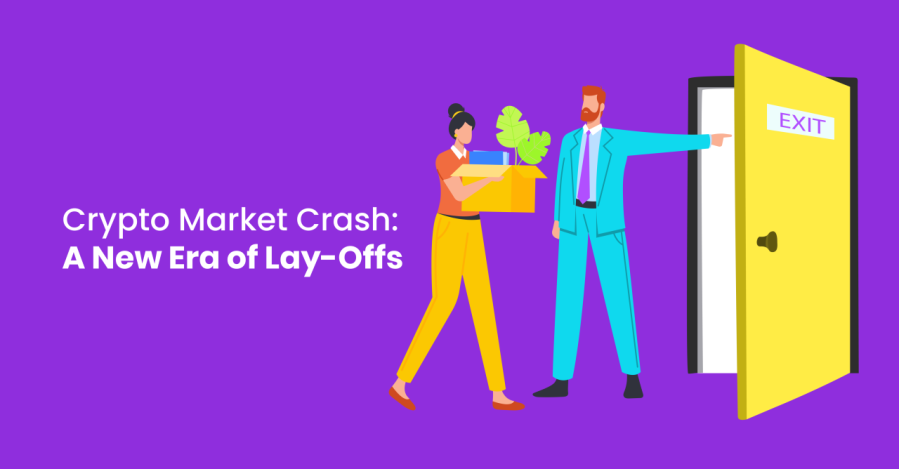 In his book “Fooled by Randomness: The Hidden Role of Chance in Life and in the Markets”, former Wall Street trader Nassim Nicholas Taleb first wrote about the concept of a “Black Swan” event. These are extremely negative events or occurrences that are impossibly difficult to predict.

Since its peak in November 2021, the crypto market has lost over $2 trillion in value in a series of Black Swan events, each one setting the stage for the next one, in a terrifying domino effect to the bottom. Back then Bitcoin’s market cap alone was higher than the total market cap of all crypto ($1.1 trillion compared to today’s $1 trillion). So what happened?

There are many different theories, but the strongest one is the Omicron variation of the Covid-19 virus. While that is the most plausible, and for the record, the theory I would hitch my horse to, I am also aware of the poetic justice of Omicron on Bitcoin.

Covid-19 was a Black Swan event in itself. But it also started the great 2020 crypto rally as BTC went from $5,200 to $63,000 in 12 months (+1200%) as investors saw crypto as an alternative to gold and pulled their money out of traditional stocks and piled it into crypto.

But that changed the investing demographic of crypto. Retail investors lack the same conviction as the so called “HODLERS” and while the value of the entire crypto market went up, the conviction to hold was greatly diluted. So 12 months later when Omicron hit, those same investors who panicked the previous year which ultimately pumped crypto up, were now the very same ones bringing it crashing down to earth.

This put more pressure on the industry, and cracks became fissures: the TerraLuna crash, steep inflation rises, Russia’s invasion of Ukraine, 3AC going under, all Black Swan events that contributed either directly or indirectly to current market conditions, and will continue to do so in the months ahead.

Volatility, in price at least, is nothing new to the crypto space, in fact, it is widely accepted as part of the ride. But such a dramatic drop cannot be felt consequence free, and it is the workers, as it always has been, that feels the bite. But what does this mean in the grand scheme of things? Let’s take a look at some companies, their staff cuts, and the industry as a whole to see if there is a silver lining to be had.

Gemini was one of the first companies to signal things were bleak when they cited “turbulent market conditions that are likely to persist for some time”. The crypto-exchange owned by billionaires Tyler and Cameron Winklevoss, was among the first crypto titans to announce it was firing 10 percent of its employees.

Coinbase followed shortly after by announcing a hiring freeze. LinkedIn became awash with stories of people several stages deep into interviews being ghosted, or had recently accepted positions that now no longer existed. Then the company said in June that it would slash 18 percent of its workforce, which is about 1,100 jobs. The layoffs came a day after Bitcoin plunged around 50 per cent after major US cryptocurrency lending company Celsius Network froze withdrawals and transfers.

Crypto.com was next, announcing that it was laying off over 260 members of its workforce to “ensure continued and sustainable growth for the long term.” CEO Kris Marszalek said in a tweet, adding, “We will continue to evaluate how to best optimise our resources to position ourselves as the strongest builders during the down cycle to become the biggest winners during the next bull run.”

Amongst all this, BlockFi and 2TM revealed staff cuts of 600 and 100 employees respectively before Celsius, in a bid to try and save itself from complete disaster laid off 150 employees.

After all this, we are still not out of the woods as NFT marketplace OpenSea became the latest crypto behemoth to wield the axe. Devin Finzer, co-founder and CEO took to Twitter to disclose that his company was laying off up to 20 percent of its staff. He blamed “an unprecedented combination of crypto winter and broad macroeconomic instability” for the layoffs.

Note: We do not actually know what that number 20% represents, but its LinkedIn page shows just over 750 employees, which could mean around 150 job cuts. However, the company also announced that impacted staff will receive “generous severance” and healthcare coverage as well.

This forced exodus hasn’t been limited to just the crypto space, but has spread to the greater tech ecosystem. Pokemon GO game developer Niantic has asked eight per cent of its workforce to leave the company, which is said to be around 85-90 people, while Elon Musk-run Tesla has cut 10% of its salaried workforce.

Some reported figures put the total job losses at around 22,000 so far which could rise to 50,000 before the year is out. Most of these job losses are coming from the start-up tech space, where things look even more grim in the short term. In fact, of the initial 22,000 jobs lost, it is reported that 60% have come from startups who are in need of “restructuring” or “cost management”.

Having now examined the events leading up to the layoffs and the companies doing so, let’s look at what really matters; the people. Thousands of livelihoods affected by previous events will pay it forward by making their mark on the economy. Lower household incomes create a ‘lower spending’ ripple effect that touches every other industry, from property to groceries, and everything in between.

It’s not all doom and gloom however, as several companies are actually ramping up their recruitment services because for stable, well adjusted companies, this feels like winning the jackpot. There has been a huge influx of talent becoming available and companies like Moonpay, and BitGet are actually snapping up talent from their rival companies.

In researching for this article, I found something quite interesting regarding salaries. My initial hypothesis was that as more top tier talent became more available, salaries would decrease in a classic “supply and demand” style scale. But actually, wages have remained relatively stable over the last few months. Collecting salaries submitted by crypto workers to the subreddit r/cryptojobslist, a Reddit user running it was able to verify positions and salaries, and compile accurate stats regarding salaries.

What they found was that the lowest earning salaries tended to be around $10k, while the highest remained at around $300k with the average salary moving around $85k. These figures have not deviated much over the past few months, so while the market might be crashing, the value of the individual remains steady. It is of course important to note that these salaries come from all across the world and all sizes of companies.

To exemplify this, Solidity Engineers can earn anything between $170k – $300k depending on the company and the level of skill of the individual. Nothing can be taken for granted, but the opportunities are still out there. They might be harder to find, but they are there.

So, is there anything we can take away from all of this? Is there a silver lining to be had?

The answer depends on your personal perspective.

The industry will recover; whether that is through regulation that will bring security and stability to the space, or the possibility of a BTC spot ETF that is always on the horizon for bulls.

The events of 2022 will be rationalised as having been predictable, “of course Russia was going to invade, didn’t you see signs? It’s so obvious now!” they will say as Nassim Nicholas Taleb expects they will. And who knows, maybe there are a few Black Swan events lurking in the latter half of 2022 waiting to spring up like an actual swan going for the slice of bread you were going to feed to the ducks. By that I mean I’m watching the Mt. Gox pay-out with particular interest.

In the meantime, stay safe, stay diversified, and be smart.